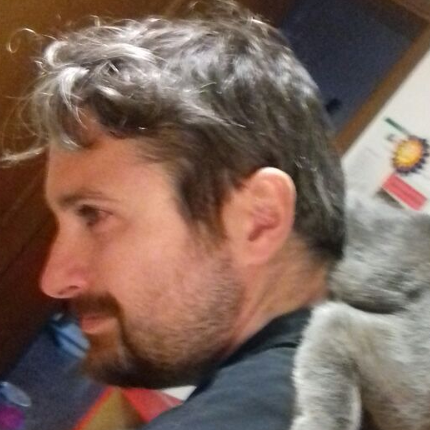 Download
The audio for this episode was produced by Productivity In Tech.
Luca Ferrari talks with Dave Rael about PostgreSQL, learning, writing, archery, language, and opportunity

Luca is a Computer Science passionate since the Commodore 64 era, and today holds a Master Degree (with honor) and a PhD from University of Modena and Reggio Emilia. He lives in Italy with his beautiful wife Emanuela, their great son Diego, Sofia and Olivia (two female cats) and the last arrived Franzina (a female small-size dog). He has written several research papers, technical articles and book chapters, as well as a book about PostgreSQL titled "PostgreSQL 11 Server Side Programming". He worked as a lecturer for University of Modena and Reggio Emilia, as well as a local high school. In 2011 he was titled Adjunct Professor by University of Nipissing. An avid Unix user, he is a strong advocate of Open Source, and in his free time he collaborates to a few projects. He met PostgreSQL back to release 7.3; he was a founder and former president of the Italian PostgreSQL Users' Group (ITPUG), he talks regularly at technical conferences and events and does professional training. In his day-to-day activity he uses Linux, FreeBSD, PostgreSQL and Emacs. His favourite programming language is Perl (and Raku), but the most of his career has been based in Java and PHP. In his teen-age he has been a quite proficient archer. Archery is something that deeply changed its life, and he finds some similarities between archery and Open Source.