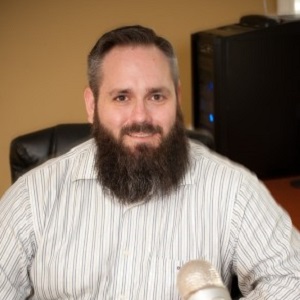 BJ Burns is a full-stack developer with the State of Tennessee building API’s in .NET and doing some work on the front end with AngularJS. Occasionally he writes some HTML and CSS. With his mentor Will Gant he host Complete Developer Podcast and hosts a monthly meet up group called Developer Launchpad. Each month he writes a new challenge for the group. BJ became interested in IoT when he was given an Arduino starter kit for my birthday. Since then he has added a Raspberry Pi 2 Model B and Zero to his collection. Outside of computers he enjoys riding my motorcycle, hiking, camping, hunting and fishing. He gets on his Xbox 360 as often as possible, though that is less and less these days. He's also an avid bibliophile to the point that he listen to Audible when driving. That is when not listening to one of his favorite podcasts. During the holiday season he has been known to dye his beard white and dress in a red suit for family events and photo shoots.