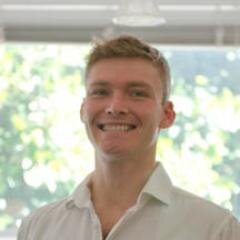 Download
Erik Trautman talks with Dave Rael about education and learning, finding depth and meaning in life and work, and delivering on something that matters

Erik Trautman is an entrepreneur, developer, dreamer, marketer, designer, photographer, analyst, data geek, quoter of Super Troopers and lover of all things obscurely nerdy or powerfully artistic. He's a geek with a passion for words and a highly competitive athlete in the body of a banged up former wrestler; introspective and philosophical but extroverted among the genuine and the good; an explorer and an adventurer with a burning curiosity about the natural world but the approximate memory of a goldfish. He's ridden my Triumph across each of the lower 48 states... most during one epic trip before his move out to San Francisco. He is usually found hiking around the Bay Area, cycling for his life through traffic, or trying something completely new and random because Reasons. He wants to add real value to the world by building things people want and which will make a significant impact in their lives. He believes we have the greatest capacity to impact future generations through improvements in education and technology so that's the focus of his efforts. 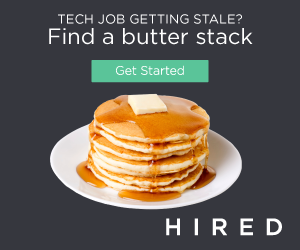 Hired is the best place to find engineering jobs.
Bored at work? Want to try a new stack? Find 3500+ great tech companies on Hired who will compete to hire you. Try it today.
Tweets by raelyard
blog comments powered by Disqus