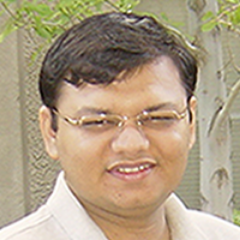 Download
Pinal Dave talks with Dave Rael about blogging, serving your master, interacting with people, impact, and improving his health

Pinal has been a part of the industry for more than eleven years. During his career he has worked both in India and the US, mostly working with SQL Server Technology – right from version 6.5 to its latest form. Pinal has worked on many performance tuning and optimization projects for high transactional systems. He received his Master of Science from the University of Southern California and a Bachelors of Engineering from Gujarat University. Additionally, he holds many Microsoft certificates. He has been a regular speaker at many international events like TechEd, SQL PASS, MSDN, TechNet and countless user groups. Pinal writes frequently writes on his blog http://blog.sqlauthority.com on various subjects regarding SQL Server technology and Business Intelligence. His passion for the community drives him to share his training and knowledge. His previous experience includes Technology Evangelist at Microsoft and Sr. Consultant at SolidQ. Prior to joining Microsoft he was awarded the Microsoft MVP award for three continuous years for his outstanding community service and evangelizing SQL Server technology. He was also awarded the Community Impact Award – Individual Contributor. When he is not in front of a computer, he is usually traveling to explore hidden treasures in nature.