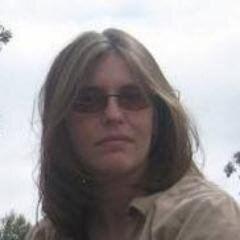 Download
Rachel Appel talks with Dave Rael about passionate interest in science and technology, educating, and returning to Microsoft

Rachel is a 20+ year software engineer, author, mentor, and speaker. During her career, she has worked on projects of all sizes from the smallest of apps, to the largest enterprise systems at some of the world’s leading companies. Rachel currently works as an independent consultant following a tenure at Microsoft; however she still works closely with Microsoft as an ASPInsider and IE userAgent. You can read Rachel's monthly "Modern Apps" column for MSDN Magazine, or her blog about software development at http://rachelappel.com. Catch her speaking at top conferences such as VSLive, DevConnections, Devlink, and Netconf UY. Her expertise is in web development on the Microsoft stack, including ASP.NET MVC, Web Forms, SignalR, C#, HTML, CSS, JavaScript, and TypeScript. Rachel also deals with data as a DBA and data scientist, and is an all-around language nerd (both computer and human).