The Developer On Fire

I called my podcast “Developer On Fire” for a few reasons.  The most obvious is that it’s patterned after Entrepreneur on Fire – the show that was the reason Developer On Fire came about in the first place.  I wrote a bit about the genesis of the idea in my initial blog post sharing that I had started podcasting.  Additionally, the theme of the show is the stories of developers who have accomplished something or are inspired to accomplish something.  The idea of being a “developer on fire” is something of great significance to me.  I’m not always on fire, myself, but I want to be.  I love sharing the stories of software people who have tapped into something in the universe that makes what they do fulfilling.  I doubt anyone feels that all the time.  Perhaps the show is missing something – maybe some piece on a lack of being lit up.

Tripp Lanier is an admirable character.  His podcast is one I recommend frequently.  Unfortunately, he is focused on other things and doesn’t put out new episodes very often anymore.  He calls himself a “men’s coach,” but I don’t think what he has to offer is specific to a single gender.  In the materials in and around the podcast, he emphasizes being “lit up.”  It’s a term that resonates to my core.  I wrote a post on the Simple Programmer site about emphasizing your strengths in your life.  Patterned after the teachings of Tripp, the idea is that you are best off doing those things that fill your tank, that make you whole, that bring you joy.  The idea is that activities done from obligation sap your life-force, drain your energy, and make you less alive. 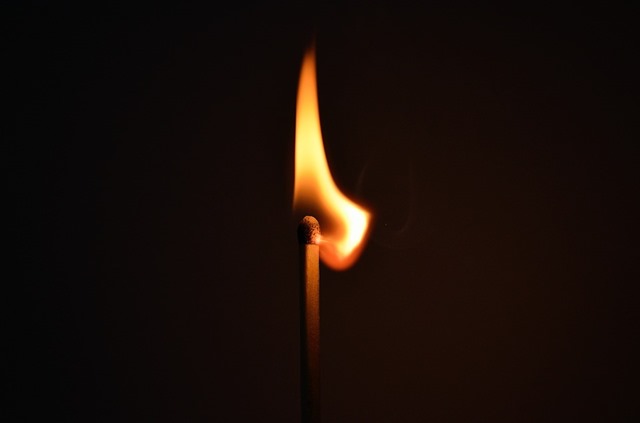 Life is short.  Derek Sivers did the world the great favor of sharing the awsome formulation “No more yes. It's either HELL YEAH! or no.”  I’ve mentioned his blog post a few times on the podcast and completely misidentified him.  I didn’t know who he was and called him “some kind of internet marketer or something,” when in fact he’s a person with many interests and skills (among them programming).  His conversation with Tim Ferriss was wonderful and he is, in fact, a developer on fire.

Several potential guests with whom I have spoken have expressed not feeling they were of the quality of some of my other guests.  It’s natural to feel that way.  Seeing a list including some of the biggest names in software is intimidating.  It’s funny that I’ve done these interviews one-by-one and with close to 100 released (and over 100 recorded), it no longer seems weird that I’ve talked to Ward Cunningham and Ted Neward.  It amazes me that Mark Seemann is listening to the show and giving feedback and cares about the content and Chad Fowler and Bryan Hunter had great things to say about what I’m doing.  These are some of my programming heroes.  Hearing those things is rewarding.  That lights me up.

Like many Test-Driven Development adherents have said – feedback cycles are of utmost importance.  Getting positive feedback on my work with the show is enormously rewarding, especially from people I view as having a direct pipeline to a higher form of insight.

Feedback doesn’t need to come in the form of positive words from living software legends.  In fact, the best place from which it can come is users.  Please, communicate with the users of the things you make and find out how they are benefitting from your efforts.  This is, in my estimation, the shortest path to being a developer on fire.

Having had Chad Fowler on the show, the author of The Passionate Programmer: Creating a Remarkable Career in Software Development, and with an emphasis on lighting a fire under software professionals, you’d think the next word out of my mouth (errr, keyboard) would be “passion.”  I hesitate to use that term, though.  Avdi Grimm addressed the subject of passion in his post: The Passion Gospel.  (I’m not completely sure whether to call it a long blog post or a short book, though – it takes some commitment to get through it.)  His distaste for the overuse of the term and giving some perspective to the things that really matter is right on the mark.  His point regarding passionate behavior equating to emotional outbursts and a source of regrettable experiences is insightful and reflects my reality as well.

Update: Since writing this, I have spoken with Avdi on the podcast.

Thank you Avdi, for a great post (or should I say book?).  It is thought-provoking and pushes back on an unhealthy spiritual obsession.  That my podcast idea originated with listening to an entrepreneur podcast makes me conscious of the rabid overuse of the word “passion” among business owners.  So much of the type of rhetoric heard form communities of founders really reflects this dogma.  The emphasis on “following your passion” I’ve heard from some podcasts and other sources had been starting to feel a little tired and misguided.  Avdi articulated well much of my sentiment there – things I was feeling but couldn’t fully state.

I still want to be a developer on fire.  I want to be lit up on life and solving problems with software.  I want to make life better for someone somewhere.  Software isn’t the only way to do that, though.  Avdi has helped to program my navi-computer with some more useful input.  I love this part:

You can still be enthusiastic and conscientious about your work. You can still love what you do, and care deeply about your team and about creating something of high quality.

And there it is.  A developer on fire is not necessarily a passionate programmer.  A developer on fire is perhaps not possibly a passionate programmer (as Avdi also says in the post that preceeded The Passion Gospel (which must be read for context, adding to the overall length of the thesis), this is not meant to denigrate Chad Fowler nor his work – in fact it is very much in line with his thinking).  Please listen to Chad Fowler on Developer On Fire.  He paints a picture of someone excited about his work, but even more excited about his human experience.  I love the way he emphasized mindfulness.  I like to focus on presence in my life.  Though I fail frequently, my ideal to which I strive is that when my declared purpose is a software or technical challenge, that I am fully engaged in that exercise with all my mind, that when I am with my family, my whole consciousness is dedicated, that when I am speaking with a podcast guest, there is no distraction and what they have to say occupies my being.

A developer on fire is a person first and programmer nth.  There are more important things in life.  But that person is lit up and one of the sources of ignition is using software to solve problems.  It’s not code for the sake of code, but a focus on the problem domain and the humanity of the user of technology to try to make life better.  Avdi’s point about the folly and delusions of grandeur common among founders and programmers is well-founded, but I’d still like to think I can and have and will make a positive impact on the quality of existence of at least myself and a few others, hopefully a lot of others.  Sharing stories and conversations with awesome people is another part of that impact.  Raising a competent, confident, conscientious, and self-sufficient family if an even bigger piece of that impact.

Be mindful of your priorities, young Padawan, and you may be a Developer On Fire yet.