As this year wraps up, I’m thinking a bit about what has happened and what will happen.  It’s time for a retrospective. 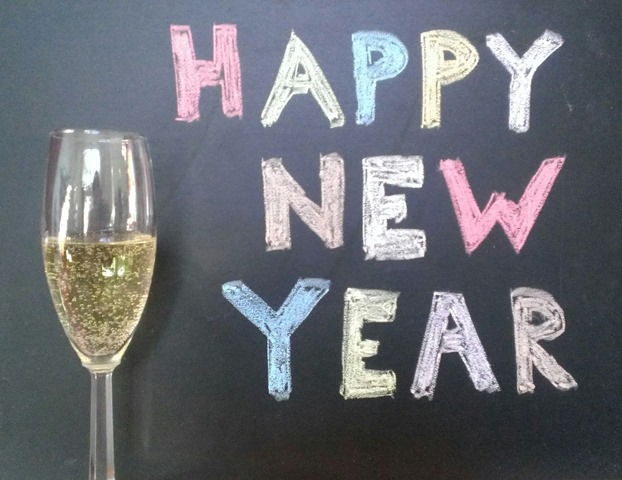 The amazing and awesome Philip McKernan always delivers.  Describing who he is and what he does requires a page, not a short description – I’ll call him a philosopher.  His purpose – the incomparable thing he does – is to help people to discover the awesome lives they want to live and to execute on living them.  Like Udi Dahan in the realm of designing software systems, Philip thinks about life on a deeper plane than normal mortals.  He emphasizes that to be truly fulfilled, truly satisfied, you need to find not just your talent, but your gift.  Your gift is what makes you special and that reflects what you have to contribute to the world, and more importantly, to yourself and your loved ones, that no one else can provide.

I heard Philip speak in person once and he said something that really struck a chord with me:

"Just because you are successful at what you do does not mean you like who you are." – Philip McKernan

Getting in touch with your true self is difficult in today’s world.  So much of our youths were spent in schools teaching us that what we truly want is not what we want and that what we want is obedience and a cookie-cutter existence that serves the desires of those in power, not the inner yearnings of our souls.

When I saw that he created a video about reflecting on 2015 and preparing for 2016, it lit me up.  Finding wisdom on how to approach this exercise from this extraordinary individual is a gem.

“Don’t spend this year trying to be the best you. Be YOU and the best will show up.” – Philip McKernan

I highly recommend watching this video and doing the exercise he lays out.  This post is not a sharing of my answers to Philips questions (I can share an edited version of that if it is requested, though there are some things there not fit for public consumption), but a reflection on some of the results and conclusions to which I have arrived.

I feel I’ve been a victim of the soul-crushing Death Star that is the American public education.  I bought into the story about the life I should live.  The simple fact is that it has left me unfulfilled, unsatisfied, and searching for something more.  I don’t have the answers yet as to what I really want and I feel that only now, after 4 decades of existence (an anniversary I marked this year), am I finally starting to really consider what I really want.

2015 was a year where things have changed quite a bit for me.  I have started to reinvent myself.

I have viewed the last several years as fixing many things that were wrong.  As 2012 wound down, I felt myself in a malaise.  Though not obese by the standards of the societies of today, I was in a physical condition that didn’t serve the things I wanted from the hardware serving my existence.  I wrote about physical condition and how it serves your needs on the Simple Programmer blog.  There were also many things wrong with my personal life and I felt I wasn’t growing professionally.  It was a low point.

That’s how I see the focus and results of those annual periods.

That’s not all that happened this year, though.  Most notably, 2015 is the year I became a podcaster.  It’s more than that, though.  Becoming a podcaster reflects a change in my outlook.  The circle is not yet complete and the battle station is not yet fully armed and operational, but the shift is underway.  It’s a shift from sitting in the back row and thinking I really have something I could contribute and waiting to be invited.  It’s shift in thinking I’m exceptional but haven’t yet lived up to my potential.  It’s a shift from viewing life as a spectator sport to starting to participate.

I used to really enjoy watching professional sports on television and in person.  I don’t look at that the same way.  Watching someone else do something provides some entertainment, but it doesn’t contribute even a bit to fulfillment.  Generally, I’d rather do something moving me toward the life I want, rather than just watching athletes perform.  This is can go too far, though.  It’s of utmost importance that batteries get recharged and entertainment shouldn’t be neglected.  Making National Football League Sundays a central part of my weekly planning no longer makes any sense to me.  Sitting in front of a TV for a majority of a day or spending a majority of a day travelling to and from a stadium and fighting crowds just to see somebody else doing the thing that brings them joy (though for many of the participants, that’s probably not the case) is inferior to finding my own joy.

When I started seeking interviews for the podcast, I presented myself as a guy who “recently started a podcast”.  I was sending “interview requests” to potential guests.  Now I tell people I am a podcaster.  I send “interview invitations”.  Do you see the difference there?  Guy who started a podcast –> podcaster.  It can be viewed as a subtle difference, but it’s not.  It’s more than confidence (though it is that), it’s self-perception.  It’s identification.  It’s a start to being what I want to be and not just doing things.  I’ve also started seeing something I hoped would happen at some point – something I told myself would be the mark that “I’ve made it” (I’m backing off that assertion because I don’t think I’ve made it yet, but it’s still a good start): I’ve had some people reach out to me volunteering to be guests on the show and requesting a chance to get in front of my audience.  This is the mark that my transition from interview request to interview invitation is appropriate.  I’m not asking guests to do me a favor.  I’m now offering them the chance to do something that will have rewards for them.

2015 is also the year I started calling myself a soccer coach.  It’s interesting that I’ve spent a majority of my life not interested and with an active animosity toward soccer (football to most of the world).  When kids are interested in soccer and play the game and I am the coach of 3 teams.  I started coaching soccer thinking of myself as a guy coaching youth sports.  I was a person who played basketball and coached soccer because my children like it.  I didn’t know anything about soccer, but could watch enough YouTube to know enough to teach kids.  In many ways that’s still true, but now I own my role as a soccer coach.  I derive incredible joy from helping kids to learn life lessons via the medium of sport.  I (usually) set an example of exemplary behavior and help children to discover themselves, deal with disappointment, win and lose with grace and as a team, and learn that life is not fair while helping them to grow and learn to use and exercise their minds and bodies.

I am providing something incredibly valuable to lots of kids and their families and I love it.  The feedback I’ve received from the parents has been awesome.

I have been nominated for the Colorado Soccer Association coach of the year award as a part of that journey.  Coaching 3 teams is probably the top qualification that makes me a nominee rather than being an exceptional coach, but it’s still great to get the recognition and I’m no longer ashamed to say I think I am an exceptional coach and I now truly believe it.  This great honor is nice and confirms that I am doing the right thing with my time.  It’s a side-effect, though.  The real end and the real reward is seeing the growth of the kids and knowing I played a part in making their lives and futures better.  There is nothing better than that.  I am a soccer coach.

2015 is the year I decided I want to live life myself and started to do that.  I’ve started to become the person I want to be rather than just doing a few things I like.

In addition to podcasting, I have gotten more serious about giving presentations at local user groups and events.  I have made the decision to market myself a bit.  I have decided it’s ok to say out loud that I have something to offer that would benefit other people.  It’s still uncomfortable and hard to do and it doesn’t always come across with the confidence I’d like.  It’s a start, though.

There are interesting results from becoming a podcaster that I didn’t expect.

I began the exercise as a way to take advantage of an under-used medium to start to market myself a bit and toil in a little less anonymity than before.  I began as an avid consumer of podcasts wanting to contribute myself.  I just wanted to start to make a name.

Those motivations were wrong.  No, that’s not true, they’re fine and I still stand by them as a great place to start, adequate reason to take the path I have in and of themselves, and completely virtuous.  They turned, out, though, to be ancillary benefits.  They turned out to be side-effects of the real motivations of which I was unaware, but have discovered and learned.

Moving into 2016, there are several things on my mind.

I have been thinking for the last several months that the challenge for 2016 was going to be to solve the problem of money.  The how was going to be to make so much money that it is no longer a problem.  There’s virtue to that approach and mindset, but I don’t think it’s really where I need to focus.  There’s also the question of the how on this how.  It has been my thought and intent that at some point I will find a way to move money out of the way as a concern and this move would free me up to do things with my time as I choose them.  This would be my ticket to freedom.

Listening to Philip McKernan, I am inspired to reflect on my wants and needs regarding money.  My central feeling is that I still want to be in a position where money is just not a concern and not a source of worry.  Having a pile of it would be one way to address that need and that desire.  Shifting perception on the need for money and changing my thoughts on its importance is another approach.  I’m undecided on how I want to go forward on this.  A hybrid approach is probably my best path.  I am going to make more explicit in 2016 my intent to secure my future for my family and to become less uncomfortable about seeking reward for what I provide.  I am also going to seek to find reward and life in the things I’m doing and reduce, hopefully eliminate the things I do only for a paycheck.

All of these commitments require much more depth on articulating why they are important and the approach I will take to making them reality.  Those of topics for future posts.  for now, this listing will have to suffice.

Thank You For Reading

I don’t know if my rambling about me and my year behind and year ahead was useful.  I’d like to think this wasn’t the self-absorbed rambling of a narcissist, but something useful to my readers, the outlier developers with amazing feats waiting to be realized.  Please share in the comments your thoughts on the utility of this post and things like it, Philip McKernan and his advice, and your reflections, plans, and philosophy as another year begins.