Nutrition For Your Brain

In order to perform at an optimal level in software development, or any other thought-centric activity, you need to power the hardware on which your mind runs to give it what it needs to operate.  The first step in this process is eating a diet with an abundance of the fuel needed by your brain and avoiding those things that hinder its performance. 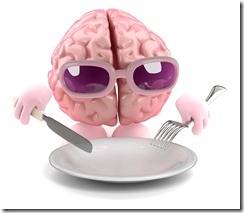 The most essential nutrient for you to acquire for the operation of your brain is dietary fat.  This is in contrast to the common, mainstream dietary dogma denouncing fat as evil and the source of obesity and heart disease and every sort of malady known to humans.  This dogma is misguided and harmful.  As a thought-worker (and as anyone else) it is not only not bad for you to get fat in your diet, it is absolutely essential.  Your brain is composed primarily of saturated fats and cholesterol.  These are the building blocks needed by your body to operate, maintain, and build your brain.  You need fat to be able to have your best cognitive performance.  You should also know that eating fat is not what makes you fat.  The best way to get these fats is via animal products.  Saturated fats are also found in avocadoes and olive and coconut oils, but animal sources like eggs, beef, lamb, bison, and butter are great sources as well and have other benefits.  You should be eating fatty plant products, eggs, and meat.  Be careful, though, with the meat you choose.  Factory farmed beef is toxic and conventional wisdom has a point in denouncing it.  Those who oppose meat consumption, though, typically do so based on studies showing harm resulting from factory farmed, grain fed beef.  Grass fed beef and dairy from grass-fed cows is an entirely different story.

There are also some unsaturated fats that you need.  Fish oil supplementation has become popular lately, and that is for good reason.  Omega-3 fatty acids are essential to the health of your brain and of your body.  I have even heard mentions of fish oil supplements having an impact on reducing violence.  Eating fish, especially cold-water fish, on a regular basis is the best, easiest, and safest way of which I am aware to satisfy this need.  Not all fish are created equal, though, and farmed fish and mercury toxicity are hazards that should be avoided.  For this reason, my preference is to eat wild-caught Alaskan Sockeye salmon.  Sardines and supplementation with fish oil (or even better, krill oil or calamari oil) are also good ways to get essential Omega-3s.

In addition to giving your brain what it needs for optimal operation, you need to avoid the things that cause your brain to work in ways that are less than optimal.  Among the most important things for you to avoid if you want the best from your brain are sugar and gluten.  These are known to cause inflammation in your body and brain.  An inflamed brain is a compromised brain.  Sugar is also used by the brain as a fuel.  Fuel for your brain is necessary, but there is a better source.  Ketones, which are produced by the liver from dietary fat in the absence of carbohydrates, are a better fuel for brain performance.  Limiting your sugar and timing other carbohydrates so that you don’t consume them before the times when you need your best cognitive performance are in your best interests.  You don’t want to avoid carbohydrates, you just want to make sure they don’t get in the way of getting lots of fat and be smart about the times when you consume them and which ones you consume.  Soy, wheat, and corn are usually bad choices full of toxicity and molecules that mimic hormones in ways that are harmful to women and men and cause inflammation.  Genetic modification of these crops is something that may or may not cause harm, but is almost unavoidable and the health impact is mostly unknown.  It’s probably better to avoid them. 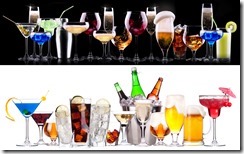 Alcohol is also something that has a reputation as being bad for the brain and for general health.  There are conflicting reports of the truth of this.  What is known is that in larger quantities, it is a neurotoxin.  Follow your intuition and don’t drink yourself silly, at least, not on a regular basis.  For more moderate consumption, there is probably not enough alcohol getting to your brain have significant long-term impact.  It does, though, have a negative impact on the quality of your sleep, which is known to inhibit the functioning of your mind.  Alcohol, like sugar, also taxes the liver.  Compromised liver function can not only make you dead, it also hinders removal of toxins from the body and production of glycogen and ketones, which reduces your ability to use your brain (and muscles).  It also hinders production of bile, which is necessary of digesting fat and cholesterol, which we have already seen is critical to health and brain performance.  In general, if your objective is to optimize your performance, you’re better off avoiding alcohol as a general rule.  This also, in my opinion, makes it more enjoyable when you do partake.