Dave Rael is the host of Developer On Fire. He is, first and foremost, a father of 3 wonderful children. That is the role in which he takes the most joy and gets the most benefit. He is also a husband, podcaster, software developer and architect, and a philosopher. 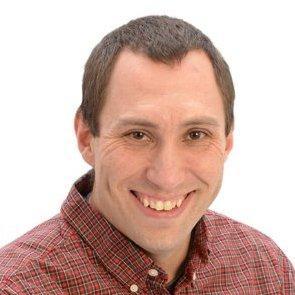 When he’s not playing with kids, recording and listening to his own voice, or building distributed systems, he likes to play basketball and racquetball, and lift weights.

Dave started Developer On Fire in 2015 as a way of stepping outside the comfortable and raising his profile incrementally. After toiling in complete anonymity for years and thinking himself good with machines but not with humans, he changed his thinking and decided it was time to “punch fear in the face” and take bold action.

The approach was to ask developers for interviews. This included some names you already know and some names you don’t know but should. The result was Developer On Fire, the podcast that shares the humanity of developers and tells stories of some of the amazing people in software.

Check out Dave sharing this story with John Sonmez in an interview for John’s Simple Programmer site.

If you want to work with Dave or could use some help with coaching or training, learn more about how to hire Dave.